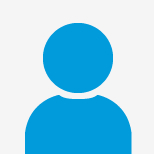 Peter Smith (Peadar Mac Gabhann), Reader in Irish, was appointed to a lecturership in Irish at Ulster University in 2000. He was previously employed as Assistant Professor of Irish at the Department of Classics and as a Research Fellow in Irish Studies at the Keough Institute, University of Notre Dame, Indiana. Before moving to the United States, Dr Smith worked as Lecturer in Celtic at the Sprachwissenschaftfliches Institut der Universität Bonn.

Peter earned his primary degree in Early and Modern Irish at Trinity College, Dublin and subsequently completed an M. Litt. in Early Irish there. He was awarded the degree of D. Phil. in Celtic at the University of Oxford for his work on the medieval Irish poet, Gilla Cóemán (fl. 1072). Dr. Smith has held scholarships at Trinity College, Dublin; Jesus College, Oxford and the Dublin Institute for Advanced Studies. He was employed as Visiting Professor of Irish at the University of Oslo (2006-2009) and as Visiting Professor of Irish at Toronto (2010-2011).

Peter is a founding member of Éigse Cholm Cille, a society established to promote the study of the Irish literary heritage of the North West of Ireland and to encourage new writing in Irish.

'Seachrán Chairn tSiadhail': A Rambling Song about a Rambling Man

File
Your message has successfully been sent.
Your message was not sent due to an error.
If you made any changes in Pure these will be visible here soon.